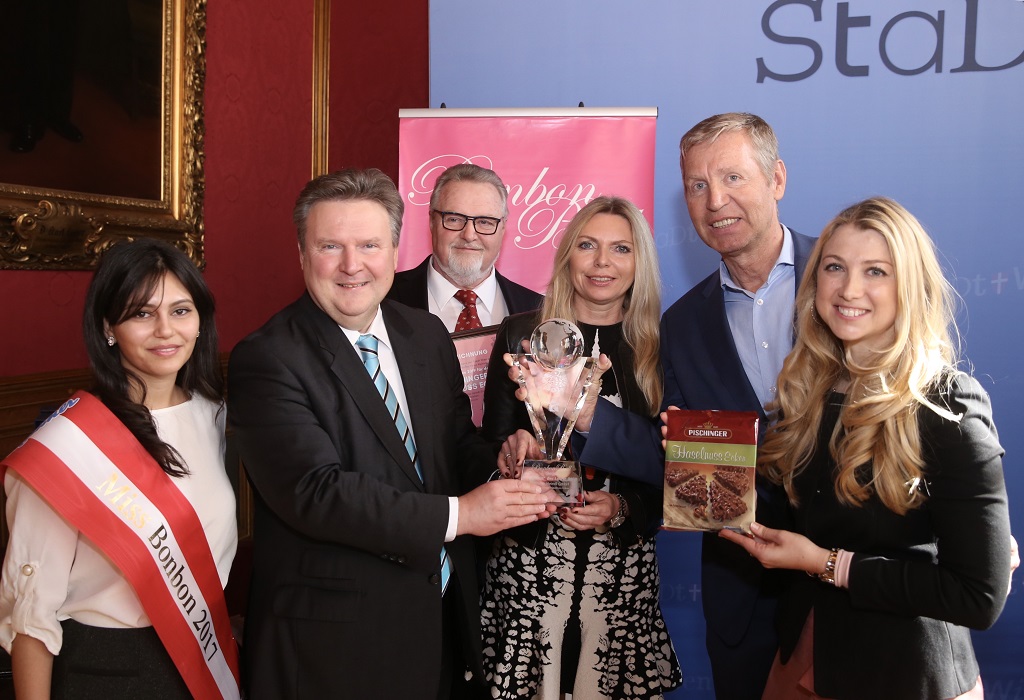 Pischinger-Haselnuss-Ecken are “Bonbon” of the year 2019

On March 1rst chocolate lovers from around the world will celebrate the BonbonBall at the Wiener Konzerthaus. In the run-up to the ball the “Bonbon” of the year was picked by media representatives. „With this vote have sweetend up the editors stressfull workdays a little bit“, said Heinz Alphonsus Host of the BonbonBall.

We are very glat that our Pischinger-Haselnuss-Ecke have been voted to the top of the list.

The prize was awarded on Februar 20th in celebration of the 70th BonbonBall by Mayor Dr. Michael Ludwig, BonbonBall-host Heinz Alphonsus und Miss Bonbon Fanny Kamali an of course our CEO  Andreas Heindl was delighted to except the award.

“I am very happy that Heindl, as one of the leading businesses in Vienna has won this award”, said Ludwig. “The company employs 250 people and its headquaters and production site are located in the Viennese distric of Liesing. Sweets from Vienna are also a big part of the good reputation of our city.”, explained Mayor Ludwig.

“Bonbon” of the year and 170th brand anniversary

„We are over the moon to receive the “Bonbon” of the year award because we celebrate the 170th anniversary of the “Pischinger” brand this year”, said Geschäftsführer Andreas Heindl and is excited to except the award together with Susanna Heindl und Barbara Heindl.